Heart of the Razor Sneak Peek #1

An island hopping adventure of greed, betrayal, and undead vengeance for three to five characters of 11th–12th level
by Owen K.C. Stephens 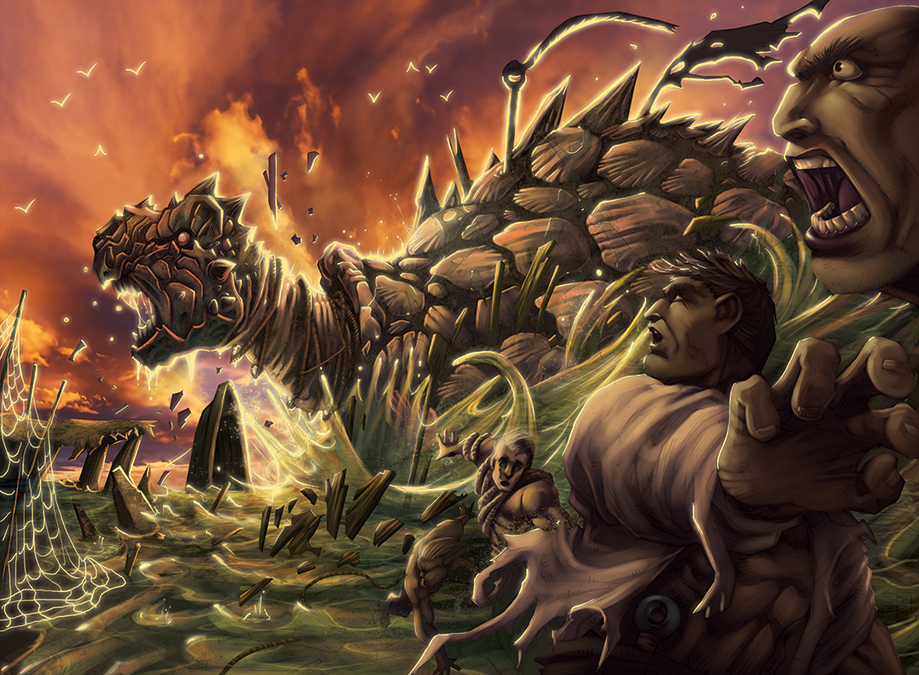 When a supernatural plague strikes down brothel workers in the cargo pit of Sharkjaw Docks, events entangle the PCs in the schemes of Butcher Jill, an infamous and wealthy pirate-turned-drug-lord. On mysterious Dreamfog Island, they must undo the horrors Butcher Jill wrought in pursuit of her ill-gotten wealth, before the evil she unleashed sweeps the whole of the Razor into the charnel pit.

On some islands, there exist small settlements run by natives seeking relative isolation or by the descendants of early explorers and pirates. These settlements run supply stores known as cargo pits that cater to the needs of passing ships. Generally, they consist of a few docks, a general store, and maybe a ramshackle tavern. Typically neutral, cargo pits cater to whoever wishes to do business, including pirates and other blackguards. Incoming ships purchase dock space, hull and rigging repairs, new sails, or provisions. Even when the descendants of explorers or pirates run these places, manual labor is predominantly performed by underpaid or outright exploited indigenous people. Cargo pits make great “neutral ground” for encounters with unfriendly captains, as generally, they constrain bad behavior. No one wishes to be denied supplies the next time they sail through.
- Excerpted from Jungle Fever