Poulsbo, WA, (May 21st 2013) – Frog God Games, LLC signed contracts with Christopher Haskins, creator of Worra Realms, to become exclusive distributors and partners. Future plans include a Swords & Wizardry card/board game that will allow for single or multi-person play that is great for beginners, children, or fast play. Plans for another game, Mouse Wars, is already in the works by Frog God Games and Haskins.

Rachel Ventura, VP of Sales & Marketing for Frog God Games, said “we have been working on a board/tile game for Swords & Wizardry for the last year. Once we saw Worra Realms we knew that it was what we had envisioned for the Swords & Wizardry board game. We are very excited about this partnership.”

Worra Realms is a new fantasy genre RPG that is easy to learn, fast to play, and unlike any game on the market today. By doing away with massive game master guides and player handbooks, the creators of Worra Realms have been able to streamline character creation, dungeon creation and speed up game sessions.
All of the instructions and mechanics of a traditional RPG have been converted into standard playing cards. For the players; all of your attributes and characteristics are on your race card. All of your class bonuses are on your class card. Each of your spells has a card with instructions on how to use it, and each of your items is also represented by a card. This makes character creation and interchangeability of Race, Class, Spells and Items extremely fast and easy.
For the game masters; you are given a deck of terrain cards to lay out a dynamic and interchangeable map. A deck of encounter cards to challenge the players with rewards, obstacles and of course traps. Finally you have a deck of creatures to use against the players on their way through the dungeon.

Worra Realms works on the d20 system and is based on older RPG's such as 2nd Edition D&D however it is rich with its own lore, myths and legends which drive each of the quests available on the Nord Games website. Players are also welcome to simply use Worra Realms cards to handle the game mechanics in their own games that also work on the d20 system.

Founded in April 2010, Frog God Games publishes resources for the tabletop roleplaying games Pathfinder Roleplaying Games and Swords & Wizardry. Its products are known for their grand adventure settings and high quality production values. “If our hardcovers won’t last you a lifetime of use, we have not made a high enough quality product”, said Webb. Frog God Games currently serves over 3000 customers in USA, Canada, Brazil, Europe, South America, China, Japan, Australia and New Zealand, and has produced over 70 books for Pathfinder Roleplaying Games and Swords & Wizardry in the past two years. The writers of Frog God Games have won numerous ENnie Awards. For more information about Frog God Games visit its website at www.talesofthefroggod.com
For More information please contact
Rachel Ventura,
VP of Sales & Marketing
Frog God Games
815-954-1981
Rachel@talesofthefroggod.com
at 5:11 PM No comments:

Frog God Games is honored to announce the winning blog posts from the Swords & Wizardry Appreciation Day. With over 140 posts it took the judges, +Matt Finch, +Erik Tenkar, and +Christopher Helton, some time to work their way through all the entries. You can also read Erik's post about the winners here: http://www.tenkarstavern.com/ 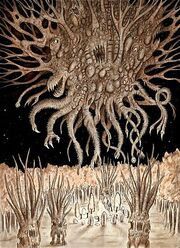 and Winner #3: Swords, Wizardry and Firearms!

Congrats to all who participated! Both from the bloggers and the readers, we could not have made this day the success it was without you all. Thank you for being a fan!

You can see all postings here: Swords & Wizardry Appreciation Day 2013 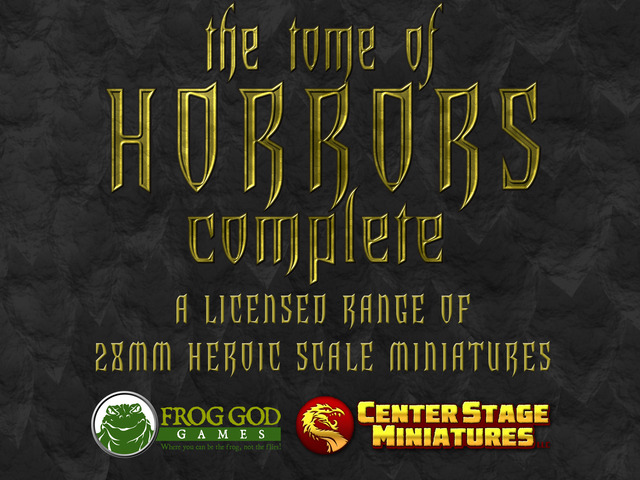 28mm fantasy miniatures compatible with Swords & Wizardry and Pathfinder based on the Tome of Horrors Complete by Frog God Games by Center Stage Miniatures!

All of these miniatures and more will only be possible with your support! PLEDGE NOW!