Frog God Games will have a booth at Gen Con this year!!

Bill Webb will be running NEW Swords & Wizardry Events. Skeeter Green will be running the NEW Rappan Athuk levels as Pathfinder Events. Blonde Frog and Jen Frog will be manning the booth. We have a yet another big release this year. So stay tuned for that.

WHAT IS GEN CON?
Gen Con is a consumer and trade experience dedicated to gaming culture and community.

With an avid following of more than 120,000 consumer and professional attendees, Gen Con is THE destination for everyone from serious fans, to those simply interested in casual gaming. Many people ask "Gaming? What kind of Gaming?" Gen Con appeals to all hobby gaming enthusiasts, essentially all gaming except sports and gambling.

Game manufacturers and publishers consistently utilize Gen Con as the place to launch new games and new products, show off the latest and greatest game expansions and features, and host incredible tournaments. From world championships awarding thousands of dollars to non-professional games created by passionate enthusiasts, playing games is what it's all about.

WHAT KIND OF GAMING EVENTS HAPPEN AT GEN CON?
Gen Con is the quintessential "meeting ground" and "battleground" for all types of gaming for all ages. Attendees come to participate in RPGs, TCGs, card games, board games, family games, live-action role-playing games (LARPs), miniatures, video and computer games, and more.

WHAT OTHER EVENTS ARE AVAILABLE AT GEN CON?
The four days are full of plenty of hobby-related events as well, such as:
The Family Fun Pavilion, an E-Game Arena, a Costume Contest, life-size 10,000 sq. ft. True Dungeon, gaming auction, the largest sci-fi and fantasy art show in the country, over 300 exhibitor booths, Authors Avenue, anime, seminars, panels and workshops, Training Grounds (area dedicated for children), film festivals and more.

LOCATION
While the annual event takes place each summer in Indianapolis, Gen Con's corporate office is headquartered in Seattle, Washington.

BRIEF HISTORY
Gen Con is a name that has been with the gaming world for more than 45 years. It began as a meeting between friends to play games in Lake Geneva, Wisconsion- thus the name Gen (Geneva) Con (Convention). Today that name lives on in the gaming industry as the place to go to experience The Best Four Days in Gaming! Currently Gen Con has licensed events in Europe (France and the UK) and Australia.

TO ATTEND
Gen Con Indy will be open to the public Thursday, August 15-18, 2013.
The exhibit hall will be open each day with limited hours, however gaming takes place at the convention center and at surrounding hotels 24 hours a day during the 4-day event. The convention will take place at the Indiana Convention Center. 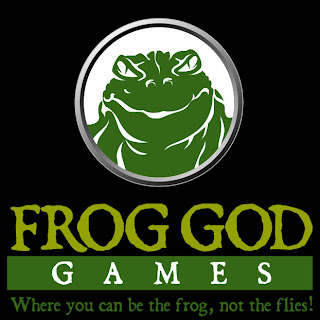