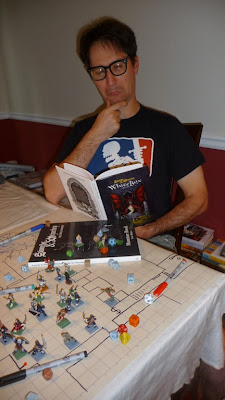 Here I am preparing an adventure using the Swords & Wizardry White Box edition hardcover, the Swords & Wizardry Monster Book 0e Reloaded book, along with all the other gaming accouterments, such as original low-impact polyhedral dice with the numbers colored in by wax crayons, miniatures from the 1970s through the 1990s, and a gaming mat with a dungeon drawn by my sons. 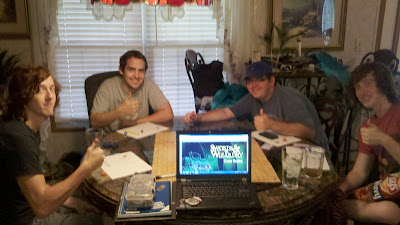 I just taught my cousin and his friends to play Swords & Wizardry. Not only have they never played it, this is their first RPG experience. It was a huge success. I told them about the Kickstarter project and they're all going to contribute. Sorry about the pic quality. Keep up the good work. I love that game.
-Adam 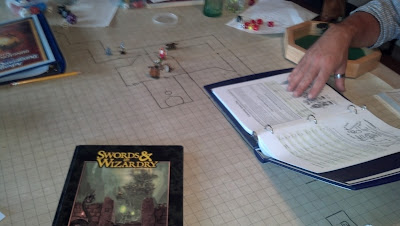 Our week started and ends with swords and wizardry! After exploring the demon statue and stirge cave our new group of heroes finds themselves trapped (and lost!) in the Demons Gullet! Having a great time with S&W... six new players enjoy the game!
-Jim 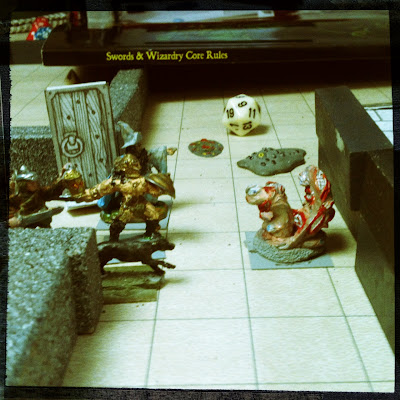 Hello S&W people. I'm an old school guy having started playing RPGs in 1977. Swords & Wizardry really keeps up the tradition of fun. Anyhow here is a photo our most recent S&W game. The party has finally found the way to Hecate's altar but a Gibbering Mouther and some Gray oozes are in the way.  Most of the figures themselves and the terrible paint jobs are 30 years old. 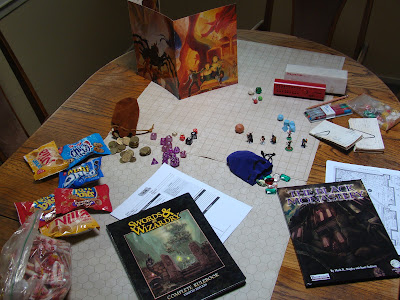 Let's get Started! Here is a pic of the game table.
-Robert Mitchell